Spreading seed or fertilizer across your lawn can be an incredibly time-consuming task without the right supplies. Decades ago, you would have had to do it all by hand. Today, though, you can use spreaders that make it easier.

Spreaders come in two main types: the best drop spreader or broadcast spreader. They both work differently, so it’s good to know which one is best for your needs and what their differences are.

What is a Drop Spreader?

Drop spreaders are relatively straightforward. Once you fill them with your seed or fertilizer, the spreader drops the product on the ground. It doesn’t fling the seed or spray out over a large area.

Drop spreaders tend to be low set. They drop the seed between the wheels as you pull it along behind you. It’s a more precise way to distribute seed than using a broadcast fertilizer.

Not only do they drop seeds right behind where you walk, but they’ll drop them at the same rate. Even if you walk faster, the seeds will be dropped as often as if you walked slowly.

Drop spreaders are great for an area where you have limited space. For example, if you’re trying to plant seed or fertilize the space right by a sidewalk or at the edge of your driveway, you want to make sure the product goes where it needs to. Flinging it with a broadcast spreader wouldn’t be helpful.

What is a Broadcast Spreader?

Unlike a drop spreader, broadcast spreaders fling your seed or fertilizer. As you walk, seeds are thrown in every direction. The rate at which they are thrown corresponds directly to how fast or slow you walk.

To protect the back of your legs, there are usually guards put in place. They ensure that seeds are only thrown forward and to the sides rather than towards whoever operates the spreader.

Broadcast spreaders cover a lot of area which makes them great for large lawns. If you have a lot of ground that you need to get covered, a broadcast spreader will make the work go by faster.

Although both drop spreaders and broadcast spreaders are used to disperse seed or fertilizer, they are designed for different needs and purposes.

Not everyone can afford to purchase both a drop spreader and a broadcast spreader, and it’s certainly not necessary. In fact, many people don’t own one or even know what a spreader is.

Spreaders save time and money for those who spend lots of time fertilizing your yard or spreading seed. However, they only help if you use the right one.

Knowing which spreader is suitable for your needs is simply a matter of knowing your yard. Of course, there are a few other factors you can keep in mind, but the most significant deciding factor will be your yard.

Drop spreaders allow for more precision and will only drop seeds where they’re pulled. In very small lawns, this prevents seed or fertilizer from ending up in your garden, driveway, or some other place you don’t want.

Large lawns can take a long time to fertilize or seed with a drop spreader which is why broadcast spreaders are better. With a much bigger reach, you won’t have to make overlapping passes across your yard. Additionally, you can move faster and be sure that seeds will still be spread quickly and evenly.

If you’re going to invest in a spreader, it must be high quality. The cheapest spreaders are made of flimsy plastic. You’ll be able to feel whether or not the material will last long. If you only plan on using a spreader now and then, a plastic one should be fine. For anyone that will use a spreader several times a year, though, invest in something more robust.

Generally, a high-quality spreader will be built out of stainless steel. These tend to be the go-to for professionals and what any gardener will recommend. However, it is worth noting that there are some very strong plastic options out there that are just as strong.

Wheels are another essential thing to look at in the quality of your spreader. If it can’t roll, you can’t use it. If your lawn has any hills, or you’ll need to pull your spreader across gravel, you don’t want to buy a spreader with plastic wheels. They’ll work just fine on flatter, softer areas, but as soon as you try to pull your spreader up a slope, the wheels will fail.

Broadcast spreaders and drop spreaders tend to run around the same price. This makes it easy to choose one that you can afford without having to switch between them. In addition, within the same price range, you’ll typically find the same quality.

How Do I Choose One?

In just about every case but lawn size, drop spreaders and broadcast spreaders will be equal. They run around the same price, they’re built from the same materials, and they can even be used in the same weather conditions. With this in mind, it comes down to the work you want to do and your lawn.

When to Choose a Drop Spreader

Again, drop spreaders are best for smaller yards. If you use one on a large yard, you’re going to end up frustrated. With small yards, however, they’re perfect.

Drop spreaders prevent you from flinging seeds or fertilizer into places you don’t want it. This lowers the risk of wasting product.

Additionally, drop spreaders work well for narrow areas. Drop spreaders protect against mixing the two when you might not want it for thin strips of yard or right next to your garden.

When to Choose a Broadcast Spreader

If your yard is big or you really don’t mind flinging seed or fertilizer everywhere, a broadcast spreader is your best choice. Broadcast spreaders can cut down the time you spend out in your yard by half. Instead of nearly overlapping yourself with each pass through the yard, you can take big, sweeping laps and still cover your whole yard.

When you get close to the edge of your yard, consider spreading the product manually unless you don’t care about getting grass seed in the garden or soaking your driveway in fertilizer. 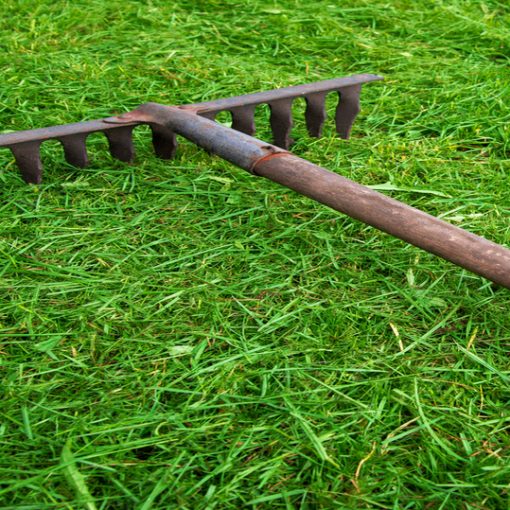 If you’ve ever struggled with maintaining a healthy yard, you may be surprised at how much mulching can help. Mulching has so […]

You might remember using those mowers with the cord. Nowadays, you don’t have to deal with cords and gasoline in your mower, […] 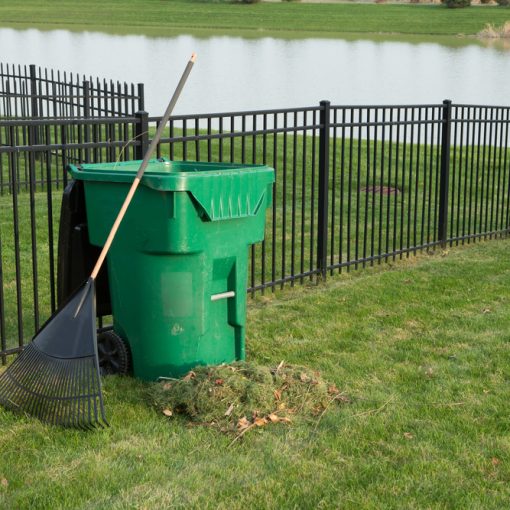 Lawn maintenance is truly a difficult chore. However, there are steps you can take to keep your lawn healthy and lighten […] 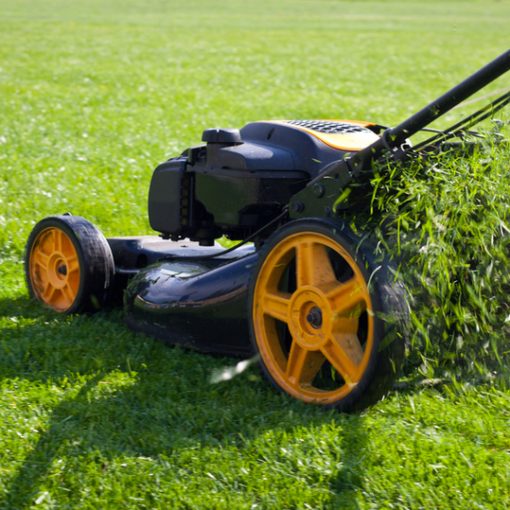 Mowing your lawn isn’t exactly a walk in the park. Depending on your yard and the kind of mower you have, it […]